After an insanely busy week, I am so happy to sit down with a cup of tea and just…relax. It has got to the point in the semester where you don’t know which book to start reading first. I’m naturally a worrier, the kind that worries about worrying, so it doesn’t take long for the academic pressure to get to me. So, to avoid the headaches, I have given myself a couple of days off where I focus on the blog, baking, wining and dining, and Netflixing.

This recipe is actually from last Sunday, when I thought a breakfast comprised of spiced apple muffins was perfectly acceptable. They go incredibly well with hot cocoa and Dean Martin’s “Let it snow!” in the background. 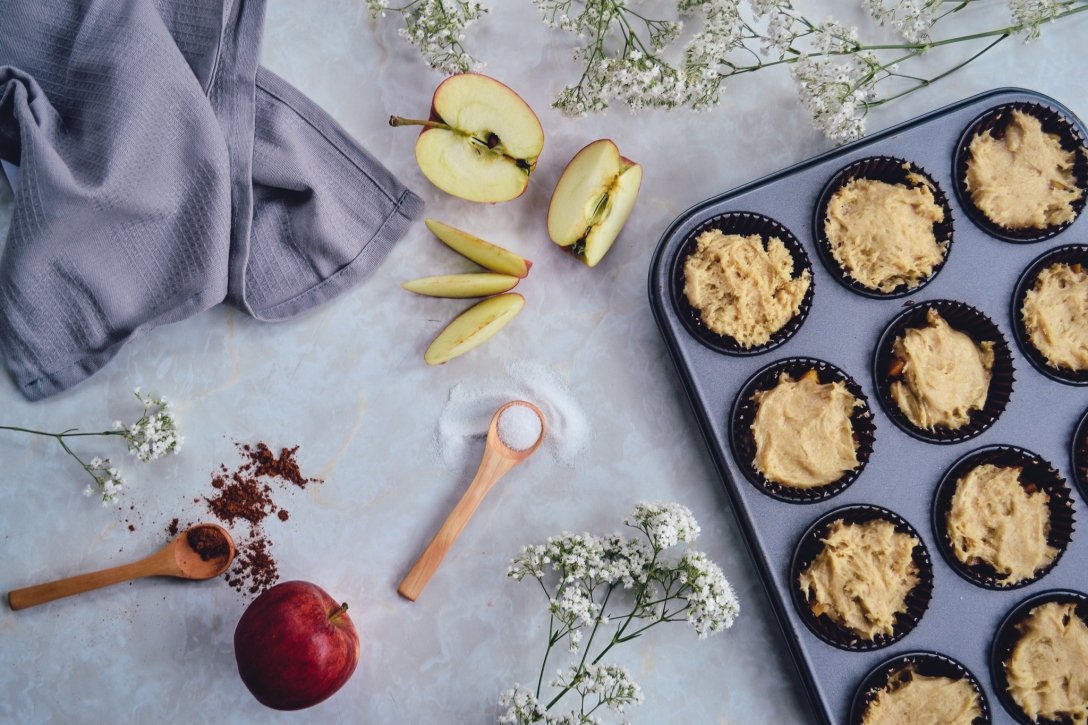 When the muffins have cooled, drizzle with icing and enjoy!